Following last winters major influx of Iceland gulls I was rather hopeful of a similar number of interesting gulls this winter. Unfortunately, to date, there has been no noticeable arrival. I have not recorded a single white- winged gull thus far this winter. The recent west, nor-westerly storms however seem to have pushed a few birds into the western coasts. Following a telephone tip at lunchtime today I went home to get my camera and then headed for Ullapool harbour to take a few snaps of the reported 1st winter glaucous gull. It may not be too pretty but it was certainly a very welcome white-winged brute and the first record of this species in Ullapool for many a year. 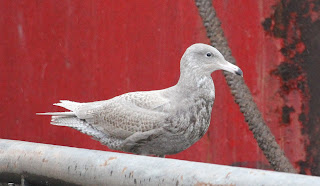 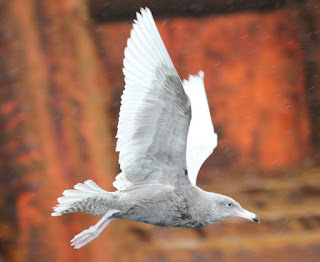 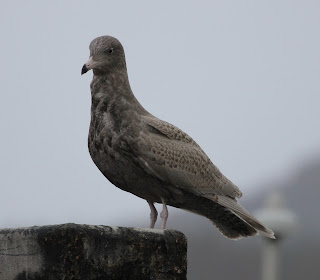 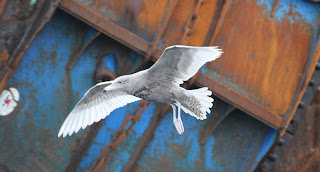